Karnataka, the southwest state of India, is an ideal holiday location for all types of tourists. Bangalore is the capital of Karnataka. Unicorn holiday gives you memorable tour packages for your family and lovable ones to Karnataka. Enjoy the main attractions and tourist places of Karnataka like carved stone temples of Hampi, Tippu Palace, Bangalore Palace, Bannerghatta National Park, Mysore Palace, zoo, garden, etc. You can also visit other destinations like Udhagamandalam- hill station in the state of Tamil Nadu, Ooty Lake- huge artificial expanse of water with pleasure boats, Kodaikanal – hill town of Tamil Nadu, Munnar, etc. with this Karnataka Holiday Packages.

Tourists choose their tourist destination as Karnataka in every season. But the best time to visit Karnataka is during winter seasons, that is between October and March. In this season the climate is a little cooler and has a pleasant atmosphere. Book Karnataka Tour Packages at the best of your time, we make that as suits you. Most of the parts in Karnataka occupy highlands that is why Karnataka doesn’t experience hot and humid summer i.e. from April to June.

How to reach Karnataka?

By Train : The comfortable and profitable way to reach Karnataka is by train. The main railway terminal in Karnataka is Bangalore railway station. The major cities within Karnataka are connected easily by train. Travelers from Mumbai and Hyderabad can find it quite easy to get a train to Karnataka as there are many trains available. The Konkan Railway connects the coastal regions of Karnataka with other coastal cities such as Mumbai, Goa, and Kochi. Travelers can also board the Golden Chariot, a luxury tourist train, which operated by Indian Railways and KSTDC, to travel from Goa to Bangalore through Hampi and Mysore.

Best places to visit in Karnataka?

Hampi – An ancient village in Karnataka.

Mysore – It explores the royal history

Things to do in Karnataka? 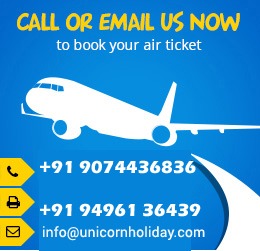 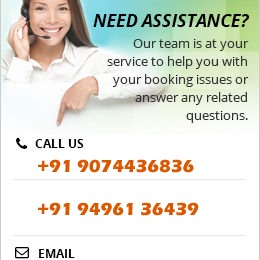 From first contact, through the duration of your stay, and until you are safely home again, we are with you.

To receive our best monthly deals